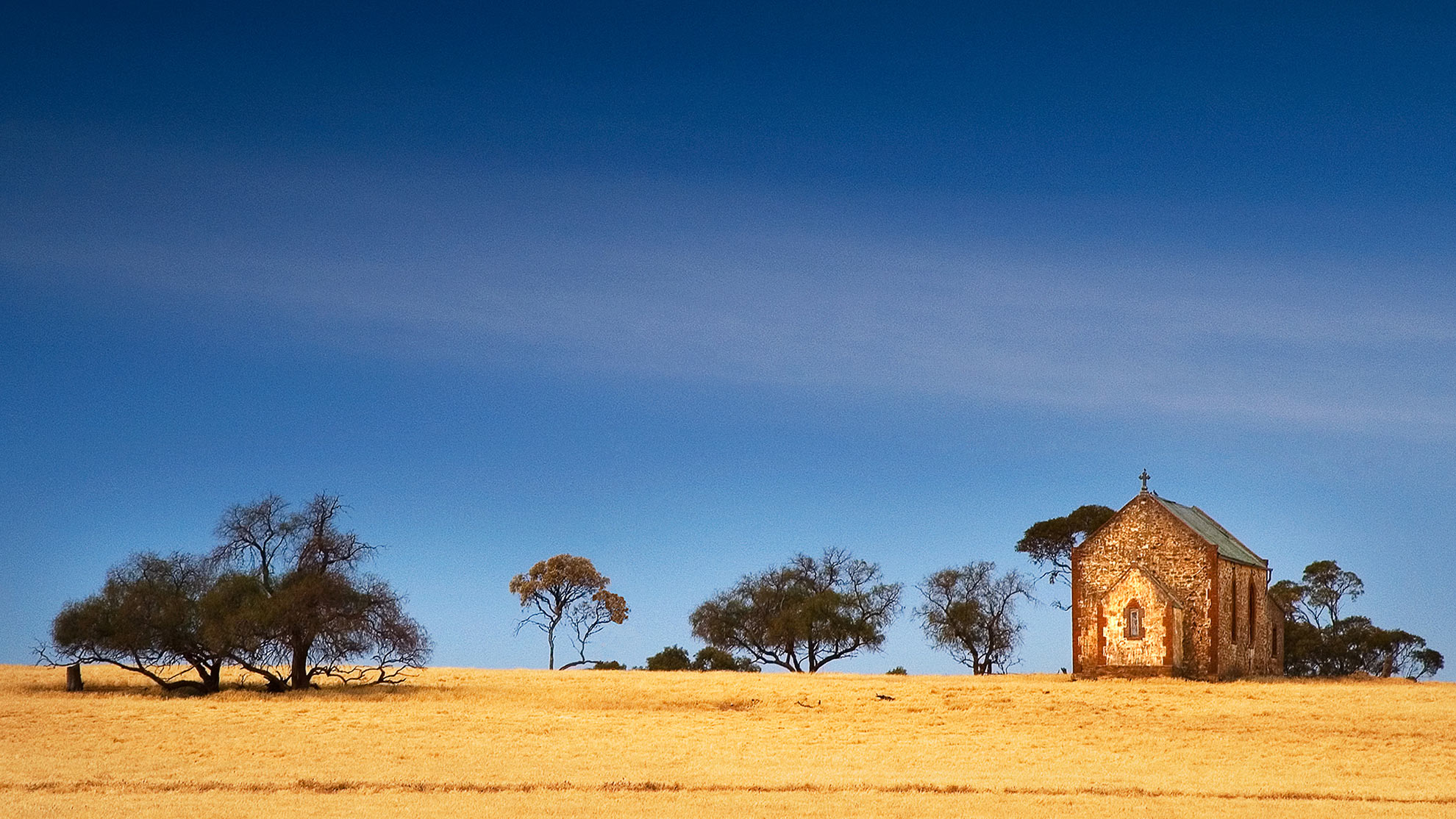 The early Catholic Church in Australia was stretched with establishing itself in cities and ministering to convicts and Irish settlers. But Archbishop Polding did establish a mission on Stradbroke Island (1843-7). It was ultimately unsuccessful but an indigenous Catholic community developed there later. The bishops’ pastoral letter of 1869 wrote that “White men have too often been apostles of Satan” in their dealings with aboriginals.

In 1838 the Catholic Attorney-General of New South Wales, John Plunkett, achieved the conviction and execution of the perpetrators of the Myall Creek Massacre.

Theoretical reflection was found in the Nelen Yubu Missiological Journal (1980-2002) which dealt mainly with the interface between Aboriginal society and evangelisation.

The Benedictine Abbey of New Norcia north of Perth was founded in 1847 as a mission to aboriginals. Celebrated figures include the founder Dom Rosendo Salvado and the aboriginal telegraphist Mary Ellen Cuper, and two indigenous seminarians who were sent to Europe but died young. Four aboriginal women joined the Benedictine missionary sisters at New Norcia. New Norcia Studies is published regularly.

Catholic religious orders founded several missions in the Kimberley region, beginning with Beagle Bay in 1890. Beagle Bay’s pearl shell altar is a heritage treasure. Mary Durack’s The Rock and the Sand (1969) gives an overview over a long time span.

Christine Choo’s book Mission Girls tells the story of aboriginal women on Catholic missions in the Kimberley. An aboriginal order of nuns that existed for a short time is described in her article Daughters of Our Lady, Queen of the Apostles—the first and only order of Aboriginal sisters in Australia, 1938-1951, Journal of the Australian Catholic Historical Society 40 (2019), 103-130.

The story of the Sisters of St John of God in the Kimberley is recorded in the Heritage Centre Broome. Their nursing work with indigenous patients in the Derby Leprosarium, led by Mother Mary Gertrude, is recounted in Charmaine Robson’s thesis,
Care and control: the Catholic religous and Australia’s twentieth-century ‘indigenous’ leprosaria 1937-1986. (Footage of the leprosarium lab and orchestra can be seen in the last 5 mins of Stuart Gore’s North-West Diary, 1948)

Margaret Zucker’s Open hearts: The Catholic Church and the stolen generation in the Kimberley, Journal of the Australian Catholic Historical Society 29 (2008), 23-37 argues that the Church was wrongly complicit in government child removal policies. The topic is treated also in Christine Choo’s The role of the Catholic missionaries at Beagle Bay in the removal of Aboriginal children from their families in the Kimberley region from the 1890s, Aboriginal History 21 (1997), 14-29.

Fr Noel McMaster’s The Catholic Church in Jaru and Gija Country, based on his experience in the East Kimberley, argued for a partnership rather than “top-down” approach to mission.

A Jesuit mission on the Daly River included Mary MacKillop’s brother Donald. It was abandoned after a destructive flood in 1899.

Fr (later Bishop) Gsell, known as the “Bishop with 150 wives” for his “purchase” of young promised brides, founded a mission on Bathurst Island in 1911. (more) (Video of the mission, 1987) Laura Rademaker’s Going native: converting narratives in Tiwi histories of twentieth-century missions, Journal of Ecclesiastical History 70 (2019) points out that from the indigenous point of view, conversion was two-way.

Layman Francis McGarry’s co-founding of a mission in Alice Springs in 1935 is described in Charmaine Robson’s Francis McGarry and the ‘Little Flower’ black mission, Journal of the Australian Catholic Historical Society 39 (2018), 107-118.

Pope John Paul II”s address to Aborgines and Torres Strait Islanders in Alice Springs in 1986 spoke positively of both aspects of traditional culture and the work of the missionaries, and called for justice in the present.

The effects of the missions are still felt. Census data show former missions such as Santa Teresa are the most Catholic places in Australia. (Video) At Wadeye (formerly the Port Keats mission), the largest indigenous community, Deacon Boniface Perdjert often acted as peacemaker. Marjorie Liddy’s bird image was used on the vestments at World Youth Day 2008. Miriam Rose Ungunmerr Baumann from the Daly River was named Senior Australian of the Year for 2021.

Mum Shirl‘s work for NSW prisoners and Redfern residents in the 1960s to 1990s is legendary. Fr Ted Kennedy lived and worked among the Redfern Aboriginal community from 1971, sharing  his presbytery with  the homeless and those in need of food or shelter.

Poor communities of mixed Irish-Aboriginal descent (“Shamrock aborigines“) were found in some rural areas, as described in Warren Mundine’s autobiography.

Send corrections and suggestions for this page to